How Does CoolSculpting® Eliminate Fat? 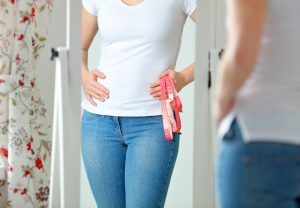 CoolSculpting® is a revolutionary, non-surgical body sculpting procedure that can reduce areas of accumulated fat from the thighs, hips, abdomen, flanks, and back. WIth FDA-approved CoolSculpting® treatment, fat cells are eliminated through a process called Cryolipolysis®, in which fat cells are frozen, damaged, and eventually metabolized by the body. During the treatment session, the specialized CoolSculpting® applicator is placed on the area of excess fat. The suction of the machine draws the skin and fat tissue into the chamber, where it is cooled to a specific temperature that freezes the fat. Surrounding skin and tissue should be left unharmed. The process is repeated until the complete target area has been treated with the CoolSculpting® system.